David is the CEO of The Writers’ Guild of Ireland and a board member of Federation of Scriptwriters in Europe. David has worked as Film Officer of the Irish Arts Council, Chief Executive of the Irish Film Institute, and General Secretary of the European Script Fund.
He’s a member of the Policy Review Group of the International Affiliation of Writers Guilds.

Screenwriter, Dr of Arts. Raija is an awarded writer whose credits include two feature films, a stage play and several hours of television drama. She also works as a script advisor and teacher; and has a past as a film editor. The topic of her doctoral thesis was the emergence of screenwriting as a profession in 1930s Finland.

CEO of the Estonian Film Insitute.

Tomáš is a Slovak screenwriter residing in Prague, Czech Republic. He has written feature films and TV series, including the mini-series Justice (Spravedlnost, 2017) which won the Golden Kingfisher award at the Finále Plzeň Film Festival and the Czech Lion award.

A Swedish screenwriter and script consultant who received her training at the University of Southern California. She has written for film and television and is currently writing a video game for Hazelight Studios & EA. Soni was a script consultant on the Swedish box-office hit, “As in Heaven”, nominated for an Academy Award for Best Foreign Language Film and sold worldwide.

Margrét Örnólfsdóttir is one of Iceland’s most experienced screenwriters, an author of books and a musician, and has received numerous awards and nominations for her work. Her writing credits include the second season of Trapped and the TV drama Prisoners. Margrét has been the chairman of The Icelandic Dramatists’ Union since 2013.

Karol is a development consultant and script editor with over twenty years of experience. She works with a wide variety of talent internationally including: Silver Reel, Endemol Shine, BBC, ITV, Sky Arts, Warner Brothers, Universal, Disney, Paramount and Fox Studios, Amblin Entertainment, The Coen Brothers, Working Title, Revelations Entertainment, and La Plante Productions.
Some Feature Film highlights include: The Hudsucker Proxy, The Big Lebowski, Under Suspicion, Nights in Rodanthe, The Flintstones, The Last Supper and Archipelago. Some Television highlights are: Humans adapted for China, Above Suspicion, Roseanne, Friends, Just Shoot me, and How I Met Your Mother.
Karol also teaches, lectures and mentors – for Sources2, London Screenwriters’ Festival, The Literary Consultancy and various writers’ guilds and organisations throughout the world.
Her book, The Art Of Script Editing – A Practical Guide To Script Development is highly regarded in the industry (published by Kamera books).

Tarja is a screenwriter, story consultant and a lecturer. She graduated from ELO Film School Finland in 2006 and has since worked as screenwriter (e.g. Hanna Maylett’s Sisters Apart, 2008). Her recent TV series the Finnish-Chilean co-production Invisible heroes set during and after Pinochet’s military coup in 1973 is currently in post-production.

Julia is a screenwriter and a game writer from Moscow, Russia now residing in Estonia. She still works closely with Russian film and TV producers, writing full-length dramas and thrillers as well as TV series. In Tallinn, she mostly writes video game concepts, scripts, and dialogues for Estonian gamedev companies. She teach courses in storytelling and narrative design. Julia is a client of StarDust Agency.

Anna is the Head of Development at the StarDust Agency. Anna works closely with screenwriters, helps producers pick the right writers for their shows and always hunts for new talents.

Asya is the COO of the StarDust Agency. Asya is responsible for negotiating deals with the producers, legal and financial issues.

Formed in 2007, Stardust Talent Agency is the largest talent agency based in Moscow, Russia. Stardust provides creative services for broadcasters and TV and film production companies and represent more than a hundred writers, directors, cinematographers, composers and content creators from all over the world.

“I joined  Curtis Brown in 2008 where I am building a list of screenwriters, directors and filmmakers from the ground up. My mission was, and still is, to find and represent unique filmmaking talent and enable them to build careers in the UK film and television industry, and beyond. I have the pleasure of working with an eclectic range of writing and directing talent. From the very new to the very established. From smart character based comedy to bold drama and imaginative, distinctive surprising ways of story-telling. My clients work across film, TV and occasionally theatre.” 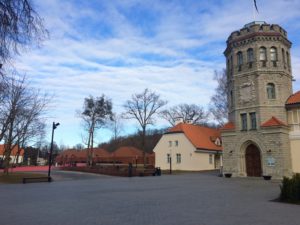 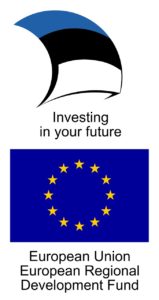